There is no traditional role for the bride as a speaker and so the content of her speech is much more open than the other speakers.

In most cases, the bride's speech will follow the groom's speech, and it will tend to echo the same sentiments.

The suggested content for the brides speech would then be:- 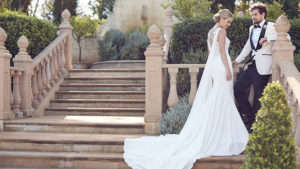 The Role Of A Master of Ceremonies