Join us as we partner with The Hunger Project Australia and help put an end to child marriage. 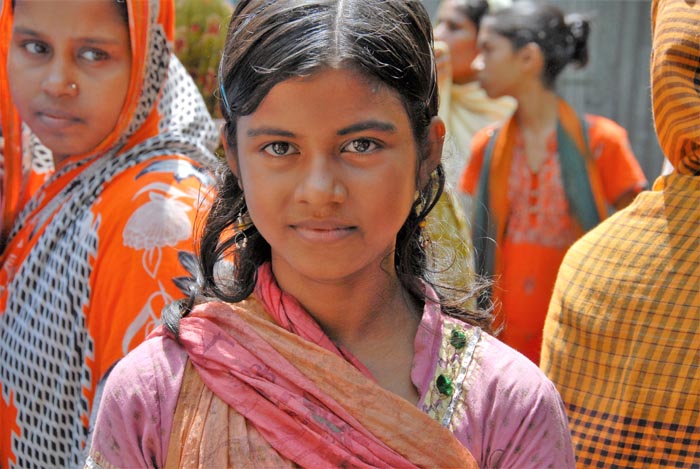 This year alone, 15 million girls around the world will be married before the age of 18. That’s 28 girls each minute.

Here at Modern Wedding, we believe that marriage should be a joyful, celebrated and voluntary commitment of love. We believe no one should be forced into marriage with a stranger, especially not as a child. We want to protect the childhood of our sisters all over the world. We hope to empower young women with the help of The Hunger Project.

Take a look at this video on child marriage from The Hunger Project:

The Hunger Project trains women to unleash their leadership and capacity to take action in their communities to end child marriage, violence against women and discrimination against girls.

When girls marry later, a new world opens up for them: they have the opportunity to be educated and healthy. Not only do they benefit as individuals, society as a whole benefits!

Educated girls take an active role in their communities to ensure the rights of other women are upheld, and they also go on to have healthier children – effectively interrupting the cycle of poverty and malnutrition.

Veena was married off at just 16 years old. Getting married this young is illegal in India where she lives, but it is still very common.

Child marriage can have devastating effects on girls, including violence, exclusion from any control or decision-making, early pregnancy and limited opportunities for employment.

Due to her personal experience, Veena is passionate about ending child marriage. Through The Hunger Project’s training, Veena now sees how she could use her influence as an elected member of her local council to stop other girls being married off at an early age. As a result, she has led a local movement against child marriage, going door to door talking to people about how harmful and dangerous it is for girls. She was successful in getting the local council to pass a declaration to end child marriage in her area. She is proud that no young girls have been married in the last 2 years. How can you help?

You can help end child marriage by partnering with Modern Wedding and The Hunger Project Australia. You can do this by spreading awareness and also by helping us fundraise.

What impact will your donation have?

A donation of $25 could educate 20 mothers about locally available nutritious food they can feed their babies and prevent malnutrition.

With $60 we could provide one woman with a microfinance loan and financial literacy training so she can start a small business, earn an income, and support her family

Collectively, for every $120 we raise, we could train one volunteer leader in Africa who will educate families about the importance of keeping their daughters in school so that they marry later.

For every $230 we raise together, we could train one Elected Woman in India to be an effective local council member and ban child marriage in her village.

Every dollar counts. Together we can make a real difference in the lives of young women around the world.

To make a donation, please head over to our fundraising page. DILEMMA OF THE DAY RECAP #43

DILEMMA OF THE DAY RECAP #42