We have invited one of our Manly brides, Alicia to share her journey to married bliss with us. She will be blogging about her wedding planning successes, discoveries and ideas along the way, so keep an eye out for her posts every fortnight on Modern Wedding. Here is her first installment! Engagement: 4 months in, 6 months to go!

It has been 4 months since my then boyfriend laid out a picnic rug, dropped down on one knee, sprung a diamond and popped the question. Just like that picture above (in fact, exactly in that picture above). We now have six months to go until our big day!

I wasn't sure how I was going to approach or handle the wedding planning at first. I've been a bridesmaid three times (3.5 if you count the time I got sacked!). The first time I had no clue (I think I was good on the day), the second time I did help a bit but I probably still skived off being 2nd bridesmaid. The third time I did an awesome job, perhaps because I'd learned from the first two experiences, or maybe it was because I was the only bridesmaid, or because I was just more mature. Anyway, each time I was lucky to assist a relaxed bride and have heaps of fun. That's what I'm aiming for at our own wedding. Fun and relaxed! I may have the role of bridesmaid down pat but I don't have the first clue about organising an entire wedding. On getting engaged my head suddenly popped with a LOT of annoying questions. The first step I took was to buy a bridal magazine. Hey, I never expected to go 'bridal' on everyone, but it happened. I bought my first magazine on "cough" day three of the engagement when I saw a magic word on the front cover: TIMELINES. Halleluiah! Three days in and I couldn't stand the bewilderment and confusion any longer, a timeline was just what I needed to identify the things to think about and the things I could shut my eyes, block my ears and go 'lalalala' about for a few months.

Fast forward 4 months and I've left the crossroads of disorientated, perplexed and bewildered, and now I have a fitness program, skin-care regime, a reception venue, celebrant, cars, photographer and a dress. It sounds like a lot! But if you're like me then it feels as though these things just happened. OK, I may be an A-type scientist project manager, and so there might be a little over-analysis and meticulous list-making, but that doesn't bother me. In fact (shh!) it makes me happy.

This has all happened via magazines, blogs, tweets and Pinterest. Ok so maybe the key ingredient is idle hours, but make the most of public transport, rainy Saturday afternoons, and the nights when fiancé is out watching rugby. Yes, I did consult fiancé along the way, I treat him much like he's the CEO and I'm the PA... he thinks he's in charge but ultimately I decide what he gets to decide! Any PA's out there? That's right, yeah?

So the wedding planning has been a lot of fun, probably because most of my research gets done with a glass of wine, and we've often achieved a lot things spontaneously. For example, we found our wedding band while cashing in on a GroupOn voucher at a Jazz Club. And I stumbled across our potential photographer, Dave, here on the Modern Wedding Blog. Read the story of Tom and Kimberly's fun Sydney wedding and look at the photos. That's the mood we want to create. I guess my motto has been that if we love it, we'll book it. I try not dwell on all the options, not attempt to see everything, to trust my heart and gut feeling. It's a bit like life really...

How do you think I'll go in the next 6 months? Stay tuned and join me. I'll report back in a couple of weeks and let you know how all the 'zen' is going.

About Alicia: Alicia is a water scientist by day and a blogger/jogger/home cooker by night. She is madly in love with her fiancé Shane, Pinterest and her fitness program. Check out her Pinterest board , her lifestyle blog and food blog, and the Bride Body fitness program she's following.

Alicia will be guest blogging for the MW Blog through the six months leading up to her wedding day.

Alicia resides in Manly, Sydney, and is a Victorian country girl at heart. 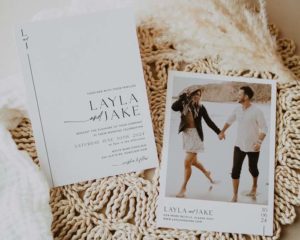